In addition to providing an easy way to test operating systems, VirtualBox also provides a way to test networks. 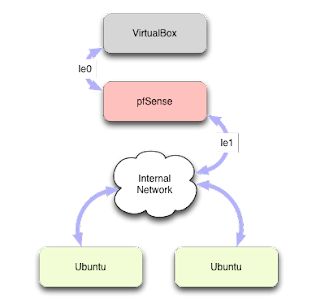 pfSense also includes a DHCP server by default. If you are testing DHCP services on your internal network, be sure to turn it off. It's listed under Services.

Finally, if you are running DHCP on your lan (host machine network), you may want to set up a DHCP lease reservation for the WAN interface to ensure you always get the same IP address for your experimental network.

If you are going to run DHCP on your experimental network, you'll need to assign a static ip to your DHCP server. Edit /etc/network/interfaces

Note that your values may differ. Then restart networking

Edit /etc/hosts to provide your machine with a fully qualified domain name:

You may want to access the machines on your experimental network via SSH. To enable this, you'll need to turn on port forwarding on pfSense. But before you do, make sure you uncheck Block private networks on your WAN interface settings. 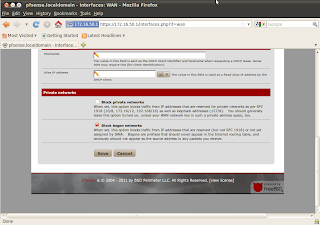 Then go to Firewall -> NAT and create a new port forwarding rule (in this case, forward WAN port 2222 to 22 on an internal host).